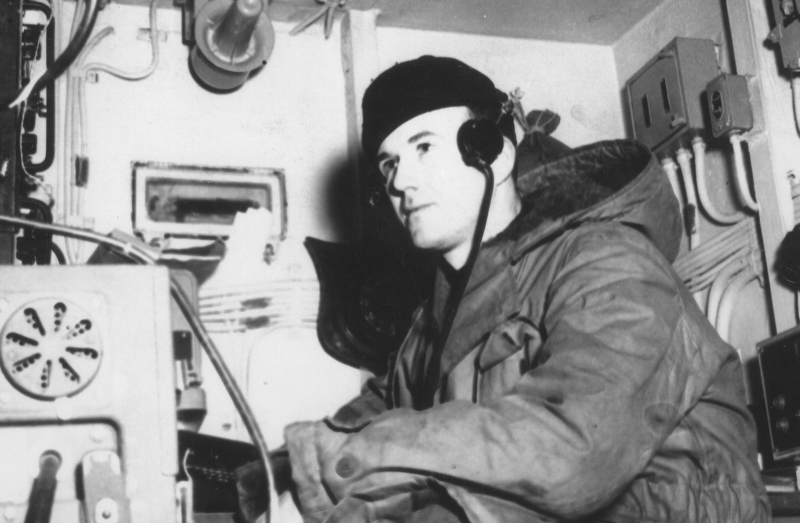 Edward Ferguson grew up on the North Side in Pittsburgh, Pa. During WWII, he served in the Navy as a radio operator, First Class, on the U.S.S. Cone and U.S.S. Kearsarge. Ferguson was the recipient of an honorary medal from the Queen of the Netherlands. This image is located on east column F of the memorial.