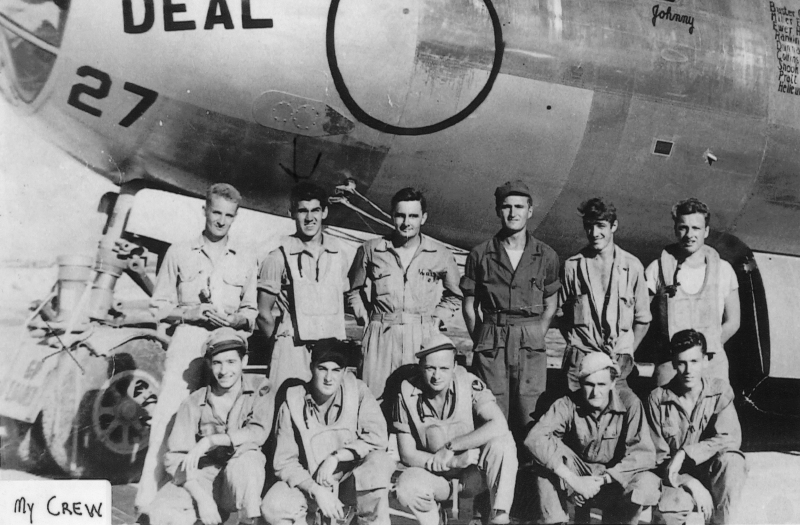 Ed Grzywinski (second from the left in the back row) was a blister gunner in the Air Corps. He was inducted into the Hall of Valor at the Soldiers and Sailors National Military Museum and Memorial in Oakland, Pa. Grzywinski and the entire B-29 crew in this photograph were awarded the Distinguished Flying Cross for their service. This group of men flew 28 missions, one of which, was the longest air mission during WWII. This image is located on west column C of the memorial.