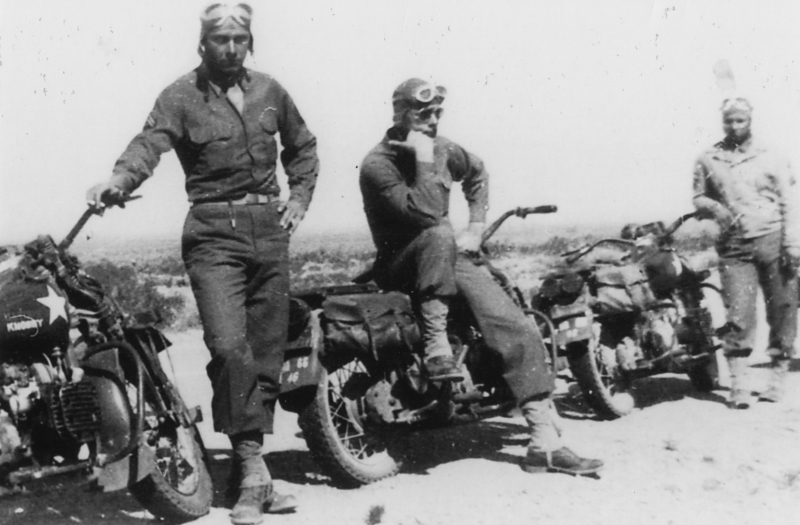 (L to R) Sergeants Albert Gaydos, Bill Bacon, and Paul Gaydos train during exercises involving Harley Davidsons in the Nevada desert in 1943. All served under General George Patton in Europe as tank crew forward observers. Paul was killed at the Battle of the Bulge on December 27, 1944. This image is located on west column E of the memorial.