Pittsburgh was America’s 10th largest city in 1940, and the surrounding counties added hundreds of thousands to the region’s total population. Whether calculated on a cumulative or per-capita basis, no area can claim a greater contribution to the national effort that led to an Allied victory in World War II. Thousands of area residents served in uniform during the conflict, while countless others worked to produce the equipment, materials, and ammunitions required of a global war. The region was no stranger when it came to serving the country during war efforts. World War II, however, presented a challenge of another dimension. Southwestern Pennsylvania would be expected to develop and maintain record levels of industrial production even as much of the male workforce was called to fight. The wartime experiences of some of the region’s servicemen and women are recorded elsewhere on this site. This segment’s focus will be on the home front performance that allowed Pittsburgh to maintain its role as an arsenal of democracy. 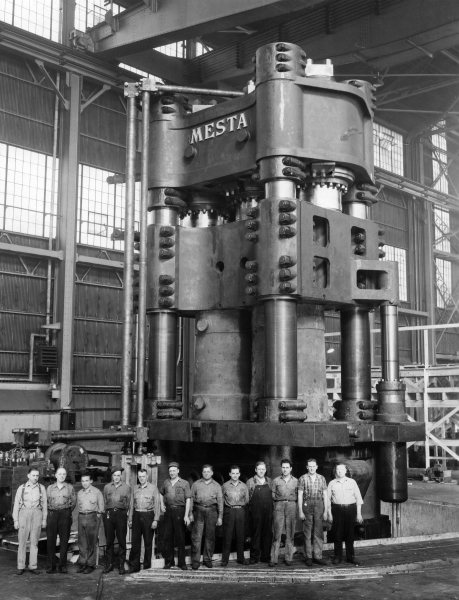 The area was in the early stage of recovery from The Great Depression when the United States entered the war. While there was some alert of the demand to come, most notably America’s assistance to England and its 1940 adoption of a military draft, a rapid path to full defense production would not have been possible without direct federal involvement. Government investments expanded the region’s industrial base and trained a diverse cadre of skilled workers, including an unprecedented number of women, represented nationally by the iconic image of Rosie the Riveter, to staff it. Some businesses saw their product lines change completely. A former cannery built bomber parts, pickle workers assembled pursuit planes, and a baby-carriage maker produced gun parts. Others adapted their skills to make products for wartime purposes. Homestead Steel Works of the United States Steel Corporation tripled its output of forged armor following the largest expansion of any comparable facility in the nation. Production bays at Mesta Machine Corporation in nearby West Homestead were expanded to produce gun barrels for the Navy’s largest ships, turning them out at a wartime pace. Several miles north in Butler, the American Bantam Car Company developed the prototype of the Willys Jeep and built more than 2,500 of them. Legendary Scripps-Howard correspondent Ernie Pyle said of the vehicle’s value: “I don’t think we could continue the war without the Jeep. It does everything. It goes everywhere. It’s as faithful as a dog, as strong as a mule and as agile as a goat. It constantly carries twice what it was designed for, and still keeps on going.” 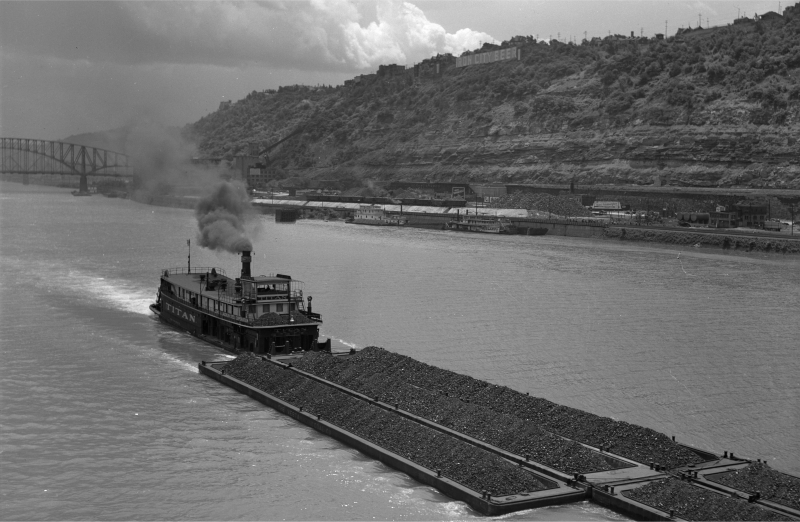 Access to navigable waterways also contributed to the range of the region’s wartime output. An Ohio River shipyard operated by Dravo Corporation was designated by the Department of the Navy to serve, with another in New Orleans, as one of two “lead yards” for the production Landing Ship Tanks, commonly known as LSTs, the largest vessel ever launched from inland locations. Built at a rate of two per week by a three-shift workforce that reached 20,000, they carried men and equipment in support of invasions in Europe, Africa, and every island objective in the Pacific. Lowell Thomas, perhaps the nation’s most-heard national newscaster of the era, reported on their work: “I, with 10,000 others attended a launching today of an ocean-going ship built here in Pittsburgh. Most interestingly, this seaworthy vessel, launched out here on the Ohio River, came off an assembly line!” 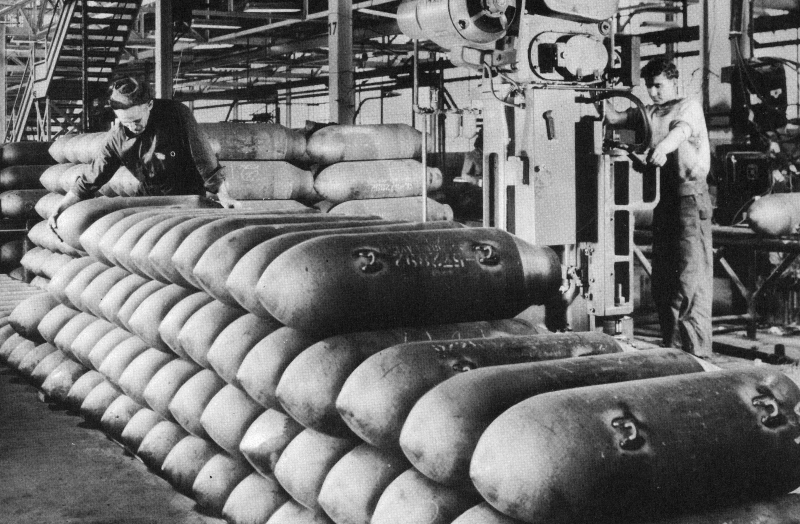 And what of all those “Rosies” who had long been denied entry to “men’s work?” Most women took advantage of the sudden availability of office openings for wartime employment, including those who took civil service positions as “government girls.” Many, however, did find places in factories, mills, and production yards where they donned the hardhats and welding shields worn by their male colleagues. Because so many of these companies no longer exist, the number of local women engaged in defense work is elusive. Nationwide, 12 million men entered military service between 1942 and 1945. Of the jobs they left behind, some seven million would be filled by women. Those who answered the call, particularly for roles to which they had been previously denied access, began a decades-long process that would alter the American workforce, and of life in the nation itself. 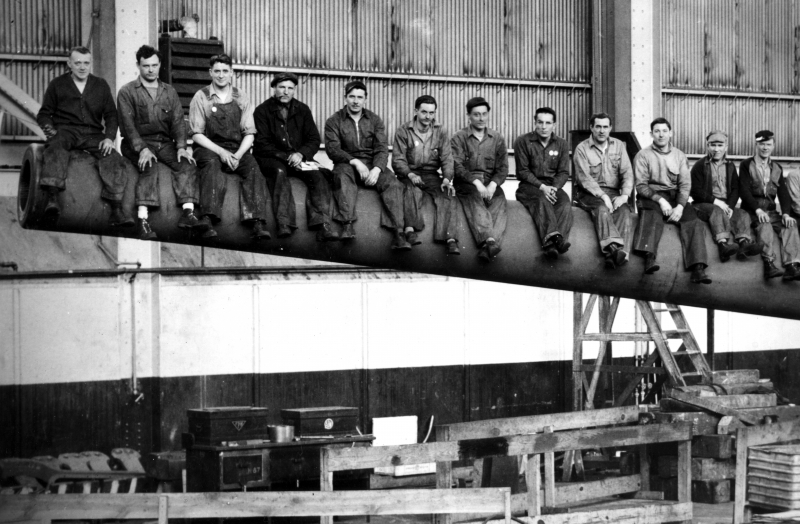 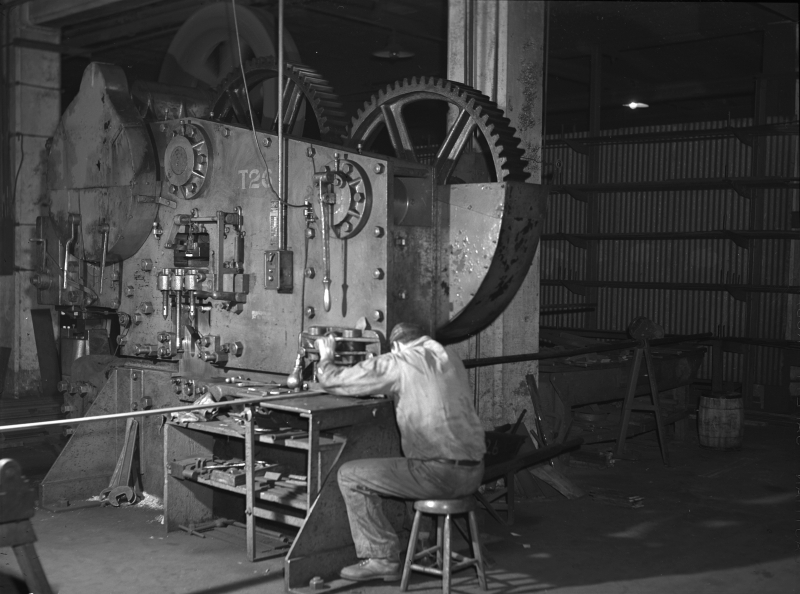