Military history is packed with acts of savagery on and beyond the battlefield, but no previous conflict can match the scale, breadth and frequency of those committed during the World War II period.  The era’s most heinous atrocities occurred before the United States entered the war. Japan’s 1937 invasion of China foreshadowed the degree of barbarism that would soon characterize the years that followed. Frustrated by the difficulty overcoming Chinese defenders of Shanghai, the Japanese approached the city of Nanking with a desire for bloodlust.  The Japanese were outnumbered by a large, but poorly led force of 90,000 combatants who gave up their arms early in the battle.  Viewing surrender as a concept unworthy of survival, Japanese commanders   ordered   that all captives be killed “with as much individual suffering as possible.”  They were. Then it was the civilians’ turn to experience their conquerors’ rage.  With little consideration of age or condition, females were gang raped and bayoneted. Fetuses were torn from the women carrying them, and males were forced to rape their mothers, sisters, and daughters for Japanese amusement. In all, 300,000 noncombatants were murdered at their captor’s whim within six weeks of the city’s fall, and another 50,000 were forcibly addicted to heroin to reduce any capacity for resistance during the years of occupation that followed. The incident was aptly described as The Rape of Nanking. While Japan’s actions may have had no specific counterpart in Europe, over time events there proved to be equally as horrific.  Beginning largely in Poland, near-simultaneous invasions by Germany and Russia in 1939 crippled the country’s ability to resist either invader.  Sharing its governance, neither occupier had a benign view of Poland’s future; however, Adolph Hitler’s intentions were particularly clear in explaining the German purpose. Before the Wehrmacht attack, he instructed his troops to “kill without mercy all men, women, and children of Polish descent or language.”  Six million Poles died during the war, three million of whom were Jews.   Another three million were Christians, many of whom perished performing forced labor under Nazi control or following their deportation to Siberia or other remote Russian locations. The latter practice ended when Germany turned on its ally by invading the Soviet Union in June of 1941, adding Ukrainians and other Eastern Europeans as targets. The latter group included homosexuals, people with disabilities, the Roma people, intellectuals, and anyone who was perceived as a dissident by the Nazis. That widening of the war increased the region’s toll of non-combatant deaths by at least several million. It also contributed to postwar international tensions that lingered until the close of the 20th century and beyond. 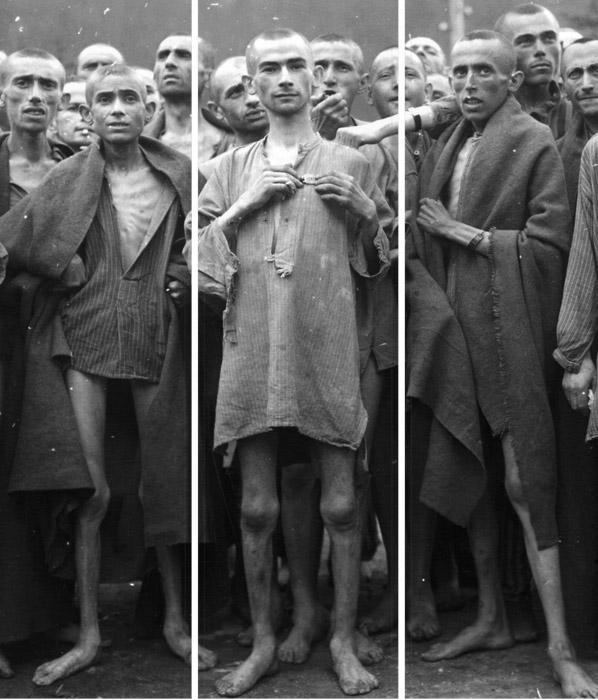 The conflict’s template for barbarism was well established by the time the United States entered the war in late 1941.  Nowhere was it more evident than in Germany’s obsession to “cleanse” European nations of their Jewish citizens. That process, already well underway within Germany’s borders, was applied in every region under Hitler’s control. Jews were stripped of their rights, their possessions, and eventually of their humanity. The systematic murder of the six million Jewish victims of the Holocaust began in the cities and towns where they were found, typically by gunshot in mass executions or in mobile gas installations.

More comprehensive measures were to be employed as well.  The first of one million Jews to die at  the Auschwitz concentration camp  perished there in 1942, while five more killing sites, associated with The Final Solution, were built during that year. All operated in similar fashion. People arrived by train, dutifully removed their clothing in preparation for “showering” and were dead 20 minutes after entering the showers, which were in fact gas chambers.  At peak levels, the operation could be repeated every six hours. Each killing cycle at Auschwitz could generate 2,000 deaths. Other concentration camps functioned at a lower capacity but, together, these camps ended the lives of nearly 3.6 million men, women, and children, or just under one third of the 11 million deaths considered as Holocaust-related by historians.  Describing the role of Jews in the event, Elie Wiesel said that not all Holocaust victims were Jews, but all Jews were Holocaust victims. The accuracy of his view is supported by Hitler’s stated conviction that the Third Reich’s greatest victory would be the Final Solution:: the systematic elimination of the Jewish population from Europe  for all time.