The Impact at Home

Mirroring the chaos of its response to the initial attacks in the Pacific, the United States  was equally unprepared to deal with the home front implications of a lengthy, global war. Increasing the military’s numbers began with the Selective Service Act of 1940, which was supported by a flood of enlistments. That core component of mobilization went smoothly, but getting all of the new recruits to their training sites caused a disruption in civilian train travel that signaled greater changes ahead. When changes came, they affected all American residents who spent the war at home. 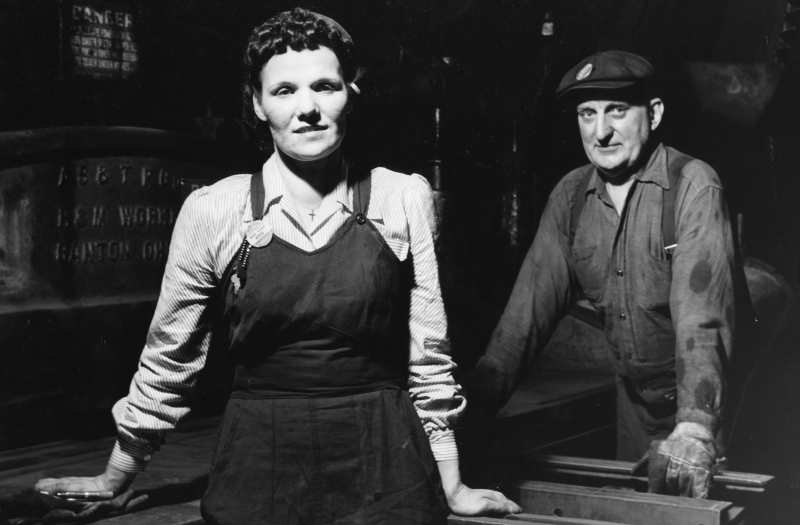 The expression to “feed an army,” became literally true. With no provisions in place to limit distribution of food and other goods, shared access between the civilian population and the recruits became an issue in every neighborhood. To address it, a system of rationing was adopted and War Ration Books were issued to authorize the amount of specified foods and other items that could be purchased during a given period. Sugar, bacon, and coffee were the first to be limited, then meat, cheese, and canned products. Some households turned to substitutes for relief. Margarine, sold with capsules of butter coloring to give it a more familiar appearance, found its place on many tables. Non-food items were covered as well, including tires, shoes, appliances, and cars. To limit driving, motorists were allotted four gallons of gasoline per week, and a “victory speed” of 35 mph was recommended. 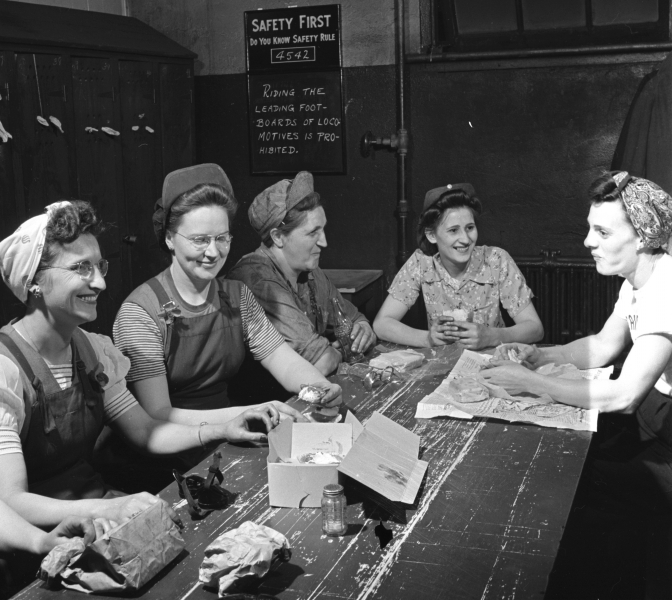 Home remained the center of typical family life, and the woman of the household was likely its principal fulltime occupant. Four to five years of shortages can only have made that position more difficult. Limited availability of washing soap, even brands of poor quality, made keeping clothes clean a challenge. Out-of-date appliances not replaced during the Depression, including vacuums, were now expected to provide many more seasons of service. However, it was the basic task of feeding her family that proved to be the most difficult for the wartime matriarch. Dining frequency and food quantity remained unchanged, but meal-to-meal content now required effective management of the ration book. It’s been estimated that by 1944, half of America’s homes had trouble locating food in amounts equal to pre-war levels, and there were reports that ration-free baby food became a supplemental dish. True, many people planted Victory Gardens to supplement what they could get from stores, but their value was reduced when the sugar needed to can certain goods could not be found. At times, it must have seemed that all a family could do was to heed the repeated passage of government recommendations: “Use it up. Wear it out. Make it do. Or do without.” Across the nation, women’s collective responses to this advice established them as heroines of the home front. 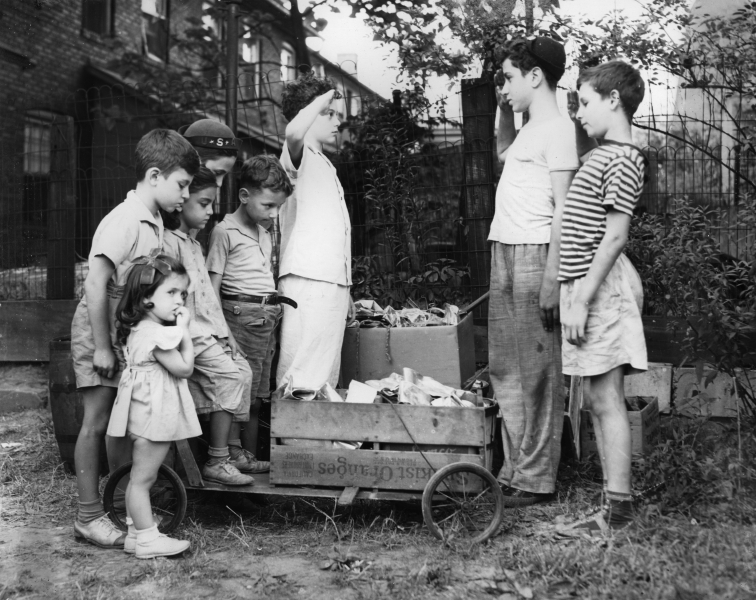 Seeking to enroll as many Americans as possible in the war effort, the government established numerous initiatives and organizations such as civil defense teams, which included air raid wardens, to ensure that homes were darkened during test “raids.” Silhouettes of enemy planes were examined to identify their appearance overhead. Youngsters were organized into battalions of Junior Commandos to collect newspapers, scrap metal, and any other discarded material that could be recycled for military use. In some neighborhoods, no backyard was safe from their patriotic foraging. The aim of these measures was to make certain that all of America was aware that the country was at war. That message was reinforced by popular culture as well. Creators of Superman, Captain America, and other comic heroes had new villains to fight, and their comic strips frequently presented  opponents in sinister, less-than-human form. Hollywood weighed in, too, with Remember Pearl Harbor and Wake Island among a spate of films that fed a nation’s rage against the foe responsible for the December 7th attack. The government sponsored the Why We Fight series directed by John Ford, Frank Capra, and other film artists further promoted the idea that the United States was forced into a just war that required the active support of all of its citizens. 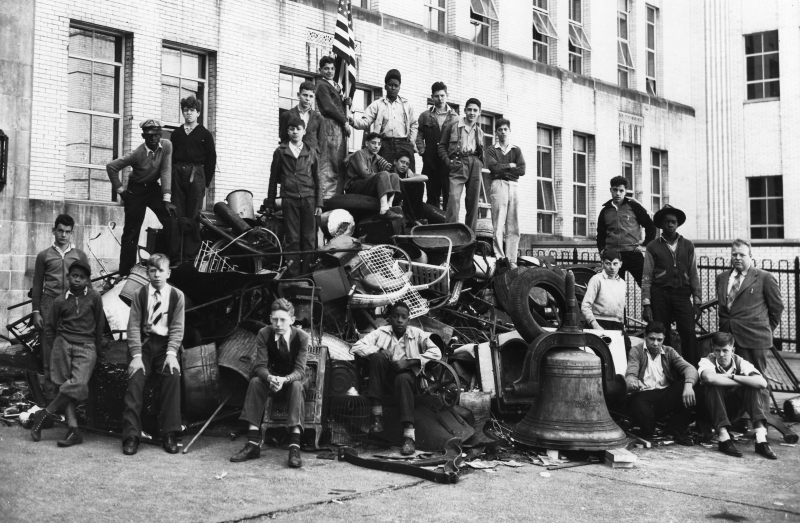 One group, though, had no need to be reminded that the nation was at war. Families with loved ones in uniform, or in other situations that placed them in harm’s way, knew their circumstances only too well.  Daily newspaper headlines told of fierce battles abroad and, much less prominently, of the casualties that they produced; but that was big-picture reporting.  It took a walk through one’s neighborhood to gauge the struggle’s most immediate impact. After Pearl Harbor, small, often-fringed banners bearing blue and gold stars began appearing in the windows of American homes. Single or multiple in numbers, blue represented family members in military service, while gold indicated each life lost. The frequency of gold stars mounted quickly as the war progressed. 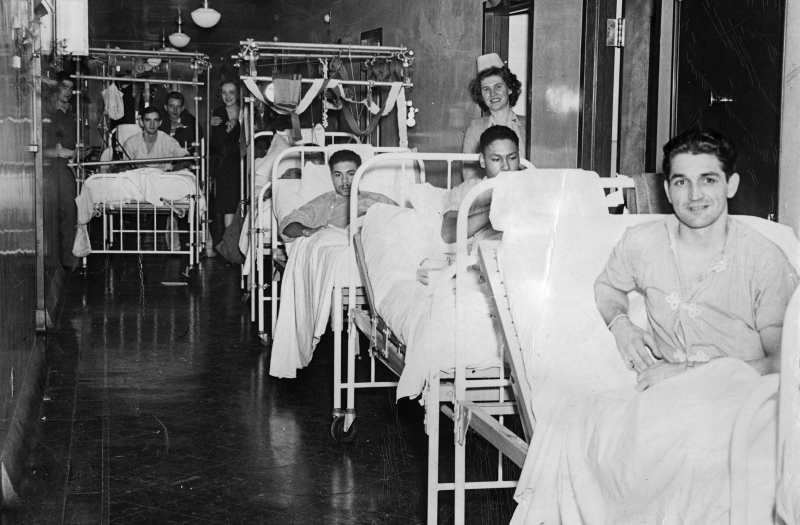