History is awash in irony, and developments in early 20th century Japan provide two notable examples. Eager to continue its imperial expansion after annexing Korea in 1905, Japan viewed the world positions held by England and the United States as international models to emulate. Motivated throughout World War I by the promise of the postwar award of islands surrounding their homeland, the Japanese spent that conflict fighting Germany at the side of nations that would be their principal opponents throughout all of World War II. Both strategic decisions contributed substantially to Japan’s progress during the years between the wars. Its acceptance of two western powers as templates for expansion led to strong trade relationships with both. Moreover, Japan acquired the Mariana, Caroline, and Marshall Island chains after World War I, due to its wartime support of Allied forces in Russia and China.

Closed to the rest of the world for most of its existence, Japan adapted quickly to a new international role. Treaties and trade agreements with exporting nations brought supplies of iron, rubber, and other materials, including foodstuffs, that were previously unavailable in Japan. However, trade did not further territorial goals, nor could imported goods match the advantages of internally controlled supply; therefore, Japan turned its rising military towards achieving both. Japan's initial steps, including the 1931 invasion of Manchuria were rogue operations that occurred without government approval, but were greeted with enormous citizen support. By 1936, a series of political assassinations carried out by Japan's military succeeded in placing the country on a level of war footing that was feared by all of Asia. And, its 1937 invasion of China has been designated by historians as the official start of the continent’s plunge into the Second World War.

Japan's invasion of China adversely affected its political relationship with England and the United States. Both western nations were Japan's leading suppliers of coal, oil, rubber, and scrap metal, however, Japan's actions caused England and the United States to reduce, and to eventually stop, the export of material goods. This change in trade agreements did not prevent Japan from continuing its brutal invasion of China. In 1941, Japan announced its formation of a military alliance with Nazi Germany and Fascist Italy. President Roosevelt's response to these developments was to freeze all of Japan’s assets in U.S. banks, and to order the nation’s Pacific Fleet to assemble in the Hawaiian port of Pearl Harbor. The Fleet gathered there on Sunday morning, December 7, 1941, when it was, in Roosevelt’s words, “suddenly and deliberately attacked by the forces of Japan.” 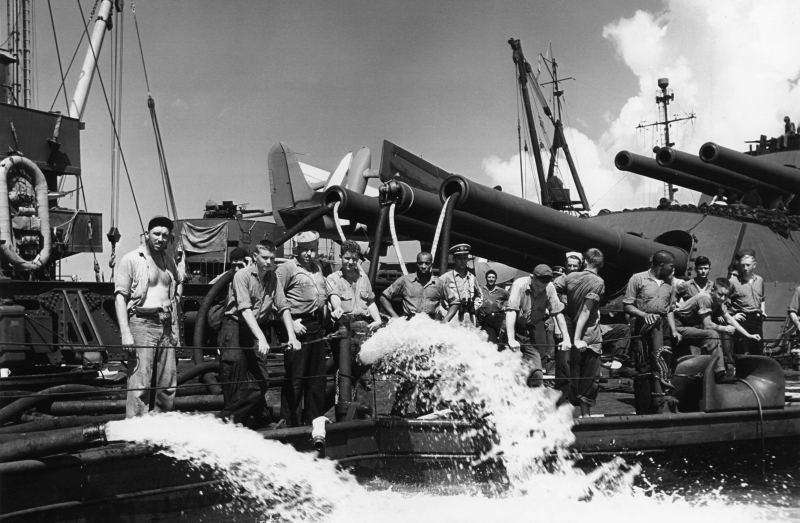 Of all of the openings of history’s wars, the event that forced the United States into its second global conflict was perhaps the most destructive. Japan’s two-hour attack bombed and torpedoed vessels and battleships, severely crippling the Pacific Fleet. For the approximate 2,400 Americans who lost their lives that day, and for the defenders of U.S. outposts on nearby Guam, Corregidor, and Wake Island, there would be no immediate opportunity for payback. That mission would fall to the millions of soldiers, sailors, airmen, and marines who would soon mobilize to fulfill a prophecy uttered by Admiral Isoroku Yamamoto, the principal planner of the Japanese attack. Shortly after the strike, which he felt had not been a complete success, he reportedly said, “All we have done is awake a sleeping giant and fill him with a terrible resolve.” As his staff celebrated the day’s events, Yamamoto remained alone “sunk in [an] apparent depression.” 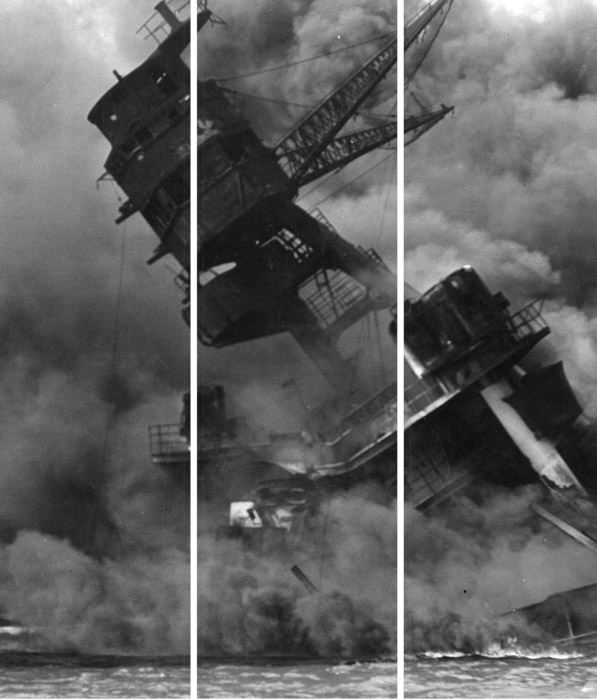